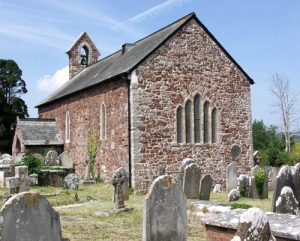 The small village of Ringmore lies adjacent but separate to Shaldon upriver.
Mentioned in the Domesday Book, Ringmore is much older than Shaldon but was principally an agricultural village with cider orchards and medieval strip fields behind, however on account of its estuary side location it also enjoyed fishing and other maritime activities. There are clues to be found everywhere from Withyfield, so named as willow was grown here for making crab pots.

Separated by a tidal ford, the estuary was originally much closer to Ringmore Strand than now with evidence of an old quayside at the front of Glenside. A road link was built in the early 1800s as land was reclaimed from the estuary.
The church at Ringmore with a Saxon font is named after St Nicholas the patron saint of sailors so the links to the sea are ever present.

Like Shaldon, Ringmore mostly lies within a designated conservation area so has retained much of its original charm.

Teignbridge District Council has produced a Ringmore Character Appraisal Report which is highly informative and gives detailed information on the history and architecture of the village. (Link)