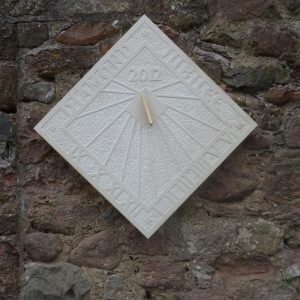 As befitting a village that nestles alongside an estuary sheltered from the sea by the Ness headland, Shaldon seems to have its origins in seafaring, trade and fishing. The Newfoundland fisheries led to the development of Shaldon in the seventeenth century and many residents built, owned and traded with vessels engaged in the trade.

The eighteenth century heralded a change in direction as Shaldon became a fashionable retirement and holiday resort for sea captains and military men living out their final years there. Better links to Teignmouth and beyond with the building of the bridge and the arrival of the railway across the estuary in the nineteenth century made Shaldon more accessible but it has largely avoided over development due to the layout of the fisherman’s cottages tightly packed along narrow winding streets and back lanes.

Much of Shaldon lies within a designated conservation area so there are strict controls on development. The rich nautical and trading history of Shaldon has been well documented in numerous local books, much content relying on anecdotes passed down through generations.

Teignbridge District Council has produced a Shaldon Character Appraisal Report which is highly informative and gives detailed information on the history and architecture of the village. (Link)

Shaldon Village and the Lords Clifford of Chudleigh

Until the Clifford family purchased the land from the Carews in 1671, Shaldon and Ringmore were part of the parish of Stokeinteignhead.
The Ness headland and much of Shaldon and Ringmore were purchased by Lady Elizabeth, widow of Thomas, the 1st Lord Clifford of Chudleigh. A map of the Clifford estate dated 1700 shows many interesting details and some buildings depicted on this map still survive today.

It shows two fishermens’cottages on the site of Glenside at Ringmore and the roofs of these cottages with traces of thatch can still be found intact and sturdily pegged inside the existing roof at Glenside which was built up, over and around in later centuries by the Georgians and Victorians!  Hunters Lodge was a gift from the Carews to the Cliffords, somewhere to stay and relax after hunting on the common lands above the village.

The Ness headland, Ness Cove Beach and Ness House became the summer residence of the Clifford family and in the 1860’s the 8th Lord Clifford commissioned the building of the “Smugglers Tunnel” to give access to the beach. Links to the past are evident throughout Shaldon village – the Clifford Arms pub and Clifford Close remind us of this connection.